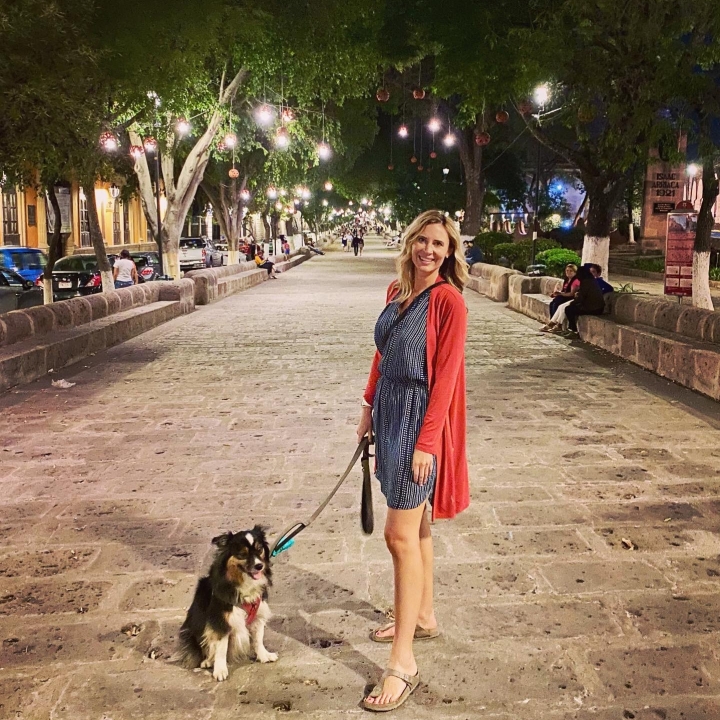 “Were you worried about getting 180 days in Mexico?” is a question I’ve received quite a bit since arriving in Mexico in January of 2022… so I’ve decided to go in-depth on my experience!

But first, if you have NO IDEA what I’m talking about…

Mexico does not require Americans (and a bunch of other nationalities) to obtain a “visa” to enter Mexico. There is, however, a limit on how long someone can spend in Mexico as a tourist. 180 days at a time is the max — and it’s up to the discretion of the immigration agent that you talk to when entering Mexico how much time you get — which he or she then marks on your official FMM (Forma Migratoria Multiple).

It used to be that Mexico gave out 180 days to tourists indiscriminately, but ever since late 2021, agents have been a bit more selective. I have heard tales of individuals and families — with six months of reservations and lots of plans — having to cut their trip short or make a border run when their time was up (hence my nervosa when I started planning my 6 months in Mexico in December)!

Some facts about my situation:

… and if for some reason I was not granted 180 days, I wouldn’t sweat it. Everything happens for a reason, and I would instead go on to Guatemala or Belize and make due with my circumstances. Worrying is not a productive use of my time!

My experience getting 180 days in Mexico in January 2022:

About an hour from the border crossing of Piedras Negras is the Banjercito office. There, I waited in line with all my paperwork for about 25 minutes. I handed them to the immigration officer, and he asked for my payment (en español) while scribbling on the little piece of paper that was my FMM. He asked me no followup questions, nor did he look at my additional documentation and reservations. I was given 180 days without question. I waited another 20 minutes in the line to pay and receive my TIP (Temporary Import Permit) for my vehicle.

I was ready to shout from the rooftops that I was a tourist and would be traveling around and spending money… but I didn’t even get the chance!

Note: You can fill out and submit the FMM online, but because changes are not possible , the general advice is to handle at the border.

Here are a few deductions I’ve made based on hearing others’ immigration experiences:

Even though I try not to stress, living with the unknown can be very, very frustrating. For this reason, I plan to apply for and obtain Mexican temporary residency later this year so I don’t have to risk fewer than 180 days the next time around. More to come on that later — I’ll definitely bring my readers along for the ride. 😊

In the meantime, good luck traveling to Mexico! Let me know how your immigration experience went and anything else you’d like to share in a comment below! ❤️

Note: Immigration policy can evolve rapidly from month to month and year to year, plus, it is largely at the discretion of the agent. Do not rely on this blog as the final word. Gracias!

Julie B. Rose is a female travel blogger who is a full-time nomad and minimalist. In 2022, she is retired from the corporate life and traveling solo through Mexico by SUV with her dog. In 2020, she sold her home and most of her possessions in order to live the "nomad life." Julie loves adventure, her dog Penny, karaoke, wine, and the freedom that comes with being a single woman in her 30s who is child-free-by-choice (and refuses to settle). 50 states, 22 countries and counting. 💖

Live life on YOUR terms… talk to someone who’s done it! Personalized, 1:1 coaching and mentoring with me is now available: learn more and inquire here.

The beautiful region of #huastecapotosina 💙💛💚

The beautiful region of #huastecapotosina 💙💛💚
A short list of things I will miss when I leave Mexico (complete list pending):
Sunkissed in #queretaro and relishing these slow-paced days… where I can linger in cafés, wander through museums, and meander in alleyways 🤍🌸
😁 SMILE… here’s my experience going to the dentist in #mexico!
Just your friendly neighborhood blogger here to remind you…
Pop the bubbly… visiting @freixenetmexico, the largest sparkling wine cellar in Mexico and one of the most visited wineries in the world!
QUERÉTARO, the second biggest wine-producing region in Mexico outside of Baja!
%d bloggers like this: